Prominent Lawyers group calling for positive campaign in favour of Lisbon launched today
23-7-09
Picture shows from left Bill Shipsey SC, Chairman of Lawyers for Europe ; Donal Barrington, the Patron of "Lawyers for Europe" and a former Judge of the EU's Court of First Instance and the Irish Supreme Court; and Pat Cox, Campaign Director, Ireland for Europe and former President of the European Parliment ; at the launch of "Lawyers of Europe" a new, non-party campaign of Irish lawyers who are campaigning for a Yes Vote in the Lisbon Treaty Referendum in Dublin.Pic:Maxwells-no fee 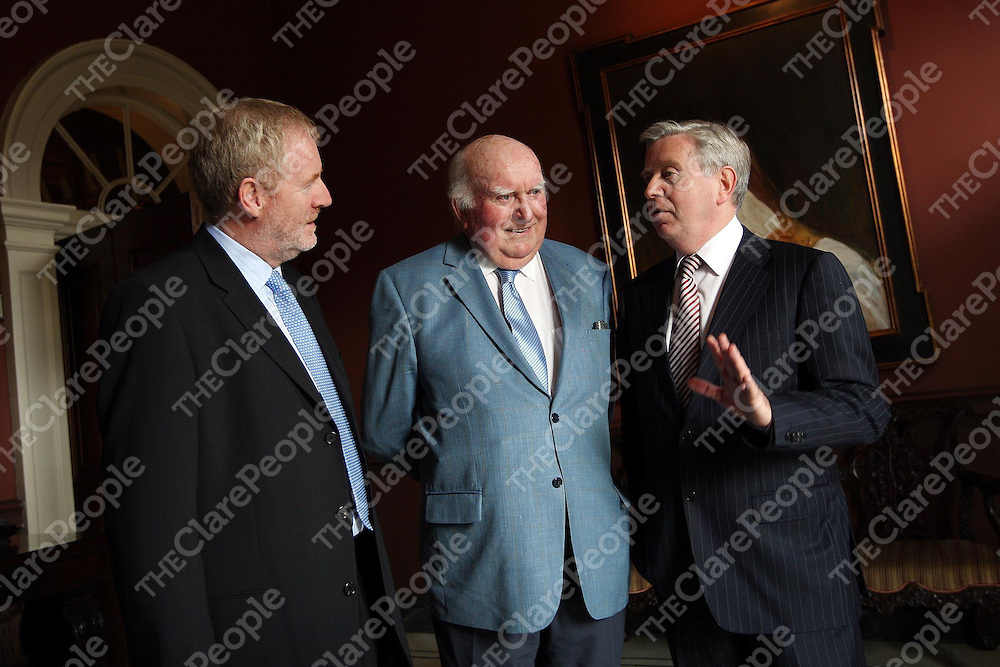