Nutty Science Professors were out in force on Saturday at the University of Limerick Science, Engineering & Technology Festival organised to highlight science and engineering in our world. It did indeed live up to its ambition of being a fun-filled and educational day. The Organisers were very pleased with the large numbers that turned out despite the heavy rains.

All shows were packed to capacity and included Sarah Hayes who enthralled visitors with flames, flashes and loads of wow in her famous Science Magic Show; Professor John Breen provided participants with the opportunity to view and investigate live specimens featuring creepy crawlies and insects which he found in his back yard; Giant glowing gas clouds, black-holes and galaxies were the order of the day in Robert HillÕs 3-D ÒCosmic ExplorersÓ show while James Soper engaged his audiences in his juggling acts using physical forces, gravity, magnetism - pushes, pulls, twists and balance to explain the ÒReal Science of the Circus ShowÓ!! The OrganisersÕ aim of the Science and Engineering Festival was to ignite interest in science, especially in young people and encourage a fascination and appreciation of the world of science and engineering and how it impacts on everyday life. All the shows had some intriguing and interesting aspect of science and engineering and involved audience participation.

Local industries, including Analog Devices, Intel Shannon, Scientific Chemical and Merek, Sharp and Dohm, participated in addition to the UniversityÕs science, engineering and technology academic departments. There was something for everybody w 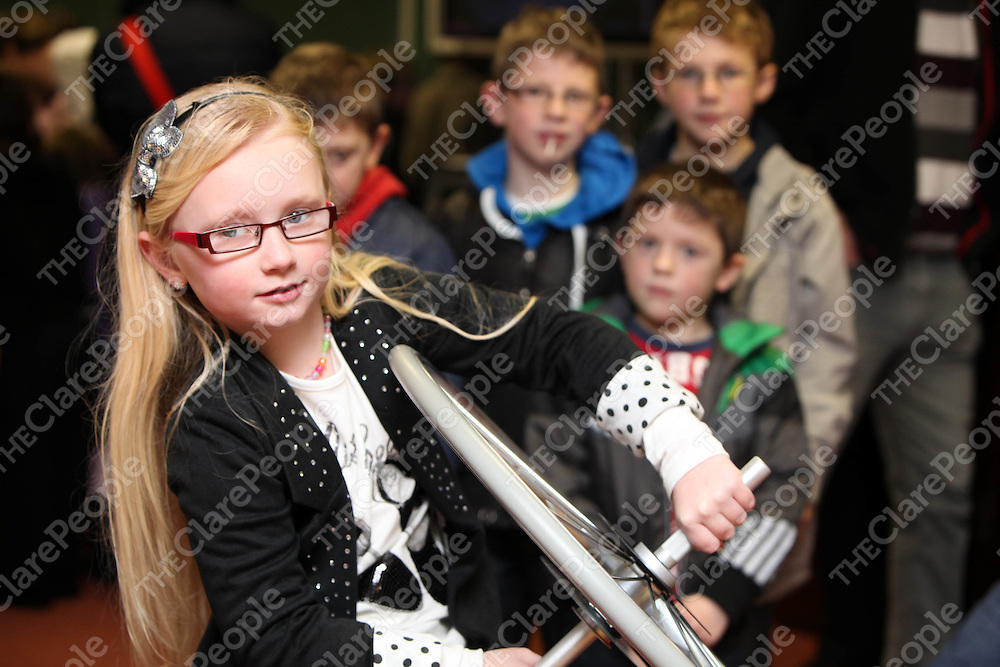